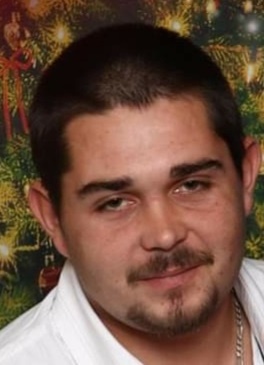 Nobles Funeral Home and Crematory announces the death of Shawn David Miller, age 32, who passed away Monday, April 20, 2020 in Jeff Davis County. Shawn was born July 16, 1987 in Appling County and was an auto mechanic by trade.

Shawn was preceded in death by his grandparents, Ruby and Virgil Miller and Clinton Eugene Lewis.

Shawn is survived by two children, Clayton Layne Miller of Baxley and Chesley Alice Miller of Hazlehurst; parents, Jeannie and Mike Medders of Nicholls and Elmir Miller of Hazlehurst; two sisters, Lisa and Corey Theus and Tammy and Ricky  Everly both of Baxley; two brothers, Dillon and Skylar Miller both of Hazlehurst; grandmother, Myrle and Herman Miller of Surrency; six nephews, Trevor and Raymond Theus, Logan and Gavin Everly and D.J. and Kaedan Miller all of Baxley.

Nobles Funeral Home and Crematory is honored to serve the family of Shawn David Miller.

To order memorial trees or send flowers to the family in memory of Shawn David Miller, please visit our flower store.