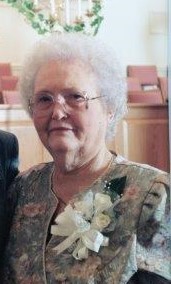 Miles ~ Nobles Funeral Home and Crematory announces the services of Odessa C. Skipper, age 95, who passed away Sunday, February 26, 2017 at her residence under the care of Comfort Care Hospice.  She was a native of Appling County and resided in Baxley all her life.  She was retired form, Appling County School Systems where she was a Food Service Manager.  She was a Methodist by faith and attended Hopewell United Methodist Church.  Mrs. Skipper was the daughter of the late Willie C. Courson and Fannie Altman Courson of Baxley.

Visitation will be held Tuesday evening from 6 until 8 p.m. at the funeral home.

Funeral services will be held Wednesday, March 1, 2017 at 11 a.m. from the Hopewell United Methodist Church with the Reverend Creig Smith and Reverend Rick Brown officiating.

Mrs. Skipper will lie in state one hour prior to funeral services on Wednesday.

Family and friends may sign the online guestbook at milesnobles.com.

Miles ~ Nobles Funeral Home and Crematory will be serving the family of Odessa C. Skipper.

To order memorial trees or send flowers to the family in memory of Odessa C. Skipper, please visit our flower store.
Send a Sympathy Card