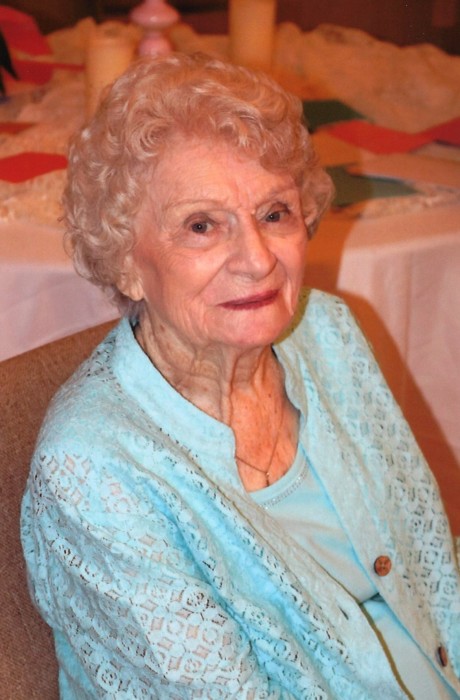 Nobles Funeral Home and Crematory announces the funeral services for Mrs. Myrtice Anderson Stancil, age 92, who passed away Thursday, February 28, 2019 at the Bethany Oaks in Vidalia.  An Appling County native, Mrs. Stancil enjoyed being a military wife during which she lived in Miami, Savannah, England, France, New York and Massachusetts.  She was a member of the Baxley First United Methodist Church, the Appling Hospital Auxiliary and a Girl Scout Leader for many years.

Funeral services will be held Monday, March 4, 2019 at 11am at Nobles Funeral Home Chapel with the Reverend Steve Meguiar officiating.

Interment will follow in the Mt. Vernon Baptist Church Cemetery.

Nobles Funeral Home and Crematory is honored to serve the family of Mrs. Myrtice Anderson Stancil.

To order memorial trees or send flowers to the family in memory of Myrtice A. Stancil, please visit our flower store.
Send a Sympathy Card