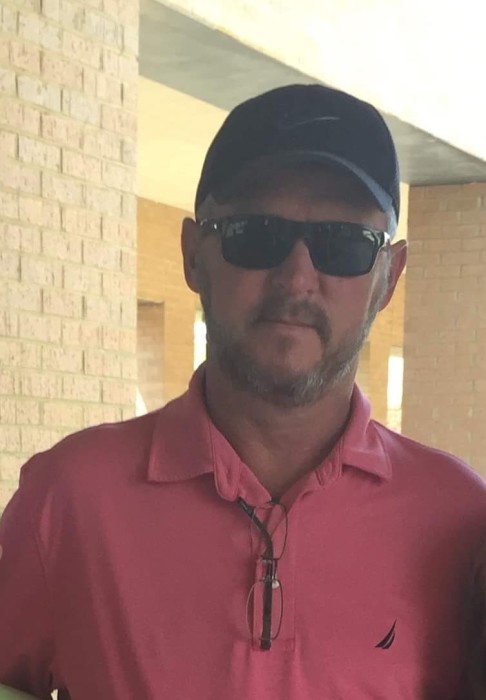 Nobles Funeral Home and Crematory announces the services for Michael Waters, age 51, who passed away of a sudden illness Monday, July 16, 2018 while working in Northern Alabama.  He was a native of Toombs County living in Surrency.  He was a member of the Boilermaker Local 26 out of Savannah and a longtime employee with P.C.I.

He has left behind wonderful memories of a loving husband, dad and friend. Grateful for each and every day we were blessed with his short but well life, all those how knew Michael received a special gift. His life was full of lessons learned in the value he showed for life each and every way. Although he had to travel for his job and spend so much time away, his presence was huge.  Michael was the one who assured his young wife, Angel, that when they were expecting their last child that she need not worry, everything would be fine and it was so much better than fine, it was great!

He was the husband that loved the "Honey-Do" list and took such pride in checking off each item he completed. Michael was the dad who when home did not seek that recliner, but wanted to be there at the golf tournaments, dance competition, and every event that his kids had going on in their busy lives.  More important, was the time that he treasured with his family and taught them through his actions what caring was really about.

Michael was the one that showed up at your door just when that dishwasher needed to be installed and the man who while working away, called his neighbor to see how he was doing because he knew that husband was caring for a sick wife.  He wanted you to know that even while away, you were on his mind.  Michael was the first to let you know he was home if you needed him and the last stop he made before he left; never asking that you watch over his family while he would be away but leaving knowing that that you were honored to stand in his vast shadow.

Michael was preceded in death by his father and grandparents.

Survivors include his wife, Angel Waters; daughter, Madison; sons Dustin Allen, Evan and Austin and his mother, Dorothy Beckum as well as many brothers and sisters.

Funeral services will be held Saturday, July 21, 2018 at 2pm at Nobles Funeral Home Chapel with the Reverend Steve Hughes officiating.

Visitation will be held one hour prior to services at the funeral home.

Follow the service a reception will be held for all family and friends at Piney Grove Freewill Baptist Church.

Honorary pallbearers will be the Boilermaker Local 26 of Savannah, P.C.I employees and Tommy Tyre.

Nobles Funeral Home and Crematory is honored to serve the family of Michael Waters.

To order memorial trees or send flowers to the family in memory of Michael Waters, please visit our flower store.