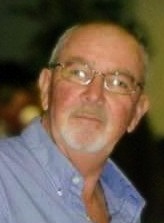 Nobles Funeral Home and Crematory announces the funeral services for Mr. James Ellis “J.E.” Spell, age 75, who passed away Saturday, June 27, 2020 at his residence. He was a native and lifelong resident of Appling County; the owner of J.E. Spell Construction and a member of the Altamaha Church of God.

Preceding him in death was his wife, Betty Voncil Spell; son, Jamie Spell and his parents, James Willis and Pauline Smith Spell.

Graveside funeral services will be held Tuesday, June 30, 2020 at 11 A.M. from the Surrency City Cemetery with the Reverend R.M. Warren and Paschol Pearce officiating.

Honorary Pallbearers will be Eric Spell and Collin Spell.

To order memorial trees or send flowers to the family in memory of James Ellis "J.E." Spell, please visit our flower store.