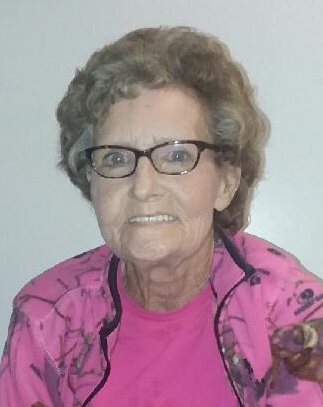 Nobles Funeral Home and Crematory announces the funeral services for Mrs. Helen Green Allen, age 67, who passed away Saturday, February 16, 2019 at Appling Healthcare System. She was a native and lifelong resident of Appling County; a homemaker; loving wife, mother and grandmother and a member of Harvest Chapel Church.

Mrs. Allen was preceded in death by her parents, Judge “Goat” Green and Geraldine Kersey Lewis.

Funeral services will be held Monday, February 18, 2019 at 1 p.m. from the chapel of Nobles Funeral Home and Crematory with the Pastor Agnes Sellers and Brother Randy Sellers officiating.

Interment will follow in the Miles Chapel Church Cemetery.

The family will receive friends at the Nobles Funeral Home chapel Sunday evening from 5 until 7 p.m.

Honorary Pallbearers will be members of Harvest Chapel Church.

Nobles Funeral Home and Crematory is honored to serve the family of Mrs. Helen Green Allen.

To order memorial trees or send flowers to the family in memory of Helen Green Allen, please visit our flower store.