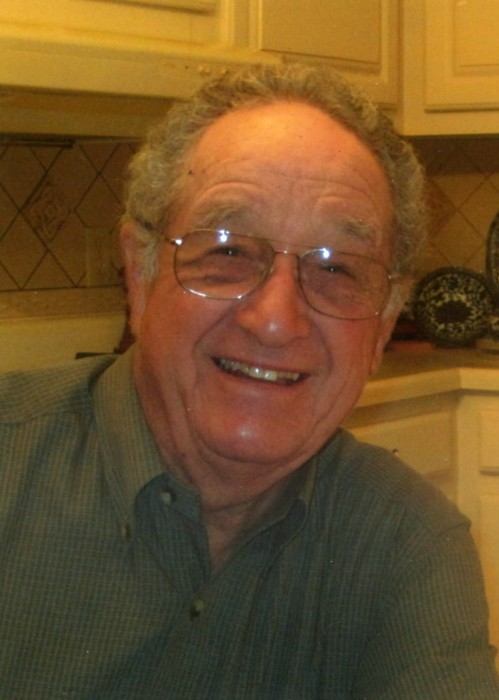 Summing up a life is an awesome responsibility and it is my privilege to attempt to describe a life well lived of my dear father-in-law, Harry Knight Moseley.

Along with his twin brother, John Alfred, Harry was born January 16, 1932 to Colquitt and Irene (Pinkston) Moseley at their family home, Montgomery Co. Georgia. The twin boys were part of a large family that included siblings, an older brother, Delacey, sisters, Doris (Conner), Colleen (Adams), and June (Smith). He was preceded in death by his parents and siblings, along with an infant daughter, Jerrie Zan Moseley.

Harry's great love of his life, since he was just a young man, has been his wife of 62 years, Glenda Jean (Leggett). Together, they raised a daughter, Sophia Ann, and son, Harry Glenn (Susan). Ann blessed her parents with their only grandchild, Megan Arthur with whom they share a close and loving relationship.

Harry enjoyed his nieces, Beth and Charla Adams, Julie Smith, Dawn (Robert) Anderson, and nephew, Mike Moseley.  Together, they are all part of his family.

If you had known Harry, you would have liked him. If you had met him, you would have enjoyed his company.  A true Southern gentleman, he had an easy manner and a ready smile, welcoming you into conversation.  He was the epitome of a hard-worker, having a strong work ethic.  His early years as a carpenter led him to become a construction supervisor.  From there, he went into partnership with Edward Moses forming a successful business for over 25 years building bridge culverts. During his retirement, not one to be idle, Harry spent many days toiling at the old home place or working on one of his hobbies, antique automobiles, he kept himself involved and active for all of his 84 years.  Downtime was usually at the end of a hard days work, ball cap pushed back, a cold brew in hand, with finally a little time to relax on the porch. Here, with family, he might have a story to tell.  A true raconteur, remembering colorful characters from days gone by.  There was always raucous laughter following these tales of old, and Harry would wipe tears of laughter from his eyes, as we, his adult children joined in. He had many interests and was an avid reader, especially enjoying the daily newspaper.  He and Glenda always enjoyed their early morning ritual of sharing the paper over breakfast.  Oftentimes he would read something aloud to Glenda that had amused him and made him laugh.  Along with reading, Harry enjoyed country music, his automobiles, the evening news, boiled peanuts, a little peach brandy, and he loved spending time with his wife. Together they enjoyed many memorable trips.

When things went wrong, as life is never perfect, he would be quiet, and if asked, would offer his commonsense wisdom and frankness.  A strong, and loyal man, a faithful, loving husband, a devoted father, an adoring grandfather, a confidant and very best friend a friend could have, a sweet, humorous, gentle, and kind father-in-law. He was all of these to those who loved him.

It is a testament to his long life that he felt he had a wonderful life and had no regrets, saying he wouldn't have changed a thing.  How many people can say that as their life draws to an end. Sadly, on Tuesday, November 8, 2016 Harry lost his brave battle with an extended illness.  He was surrounded with love by his devoted wife, adult children and granddaughter.  His memory lives on in the hearts of many people and especially with friends at Crosby Chapel Church where he and Glenda have been members for over 40 years. His dedication and commitment to his church will be greatly missed.

Visitation will be held one hour prior to services at the funeral home.

Interment will follow in the Moseley Cemetery in Uvalda.

Honorary pallbearers will be friends of Shady Acres and all in attendance.

Miles- Nobles Funeral Home and Crematory will be serving the family of Harry Knight Moseley.

To order memorial trees or send flowers to the family in memory of Harry Knight Moseley, please visit our flower store.