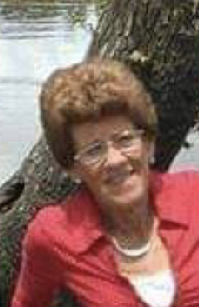 Nobles Funeral Home and Crematory announces the funeral services for Ms. Glenda Sue Johnson, age 75, who passed away Saturday, April 24, 2021 at her residence in Baxley.  She was a native and lifelong resident of Appling County and a homemaker.

Ms. Johnson is preceded in death by her husband, Jessie Ruben Johnson; her parents, Allen and Mary Clark Leggett; and one brother, Charles Leggett.

A funeral service will be held Wednesday, April 28, 2021 at 11:00 A.M. at the chapel of Nobles Funeral Home with Brother Gary Horton officiating.

The family will receive friends one hour prior to the service at the chapel of Nobles Funeral Home.

Nobles Funeral Home and Crematory is honored to serve the family of Ms. Glenda Sue Johnson.

To order memorial trees or send flowers to the family in memory of Glenda Sue Johnson, please visit our flower store.