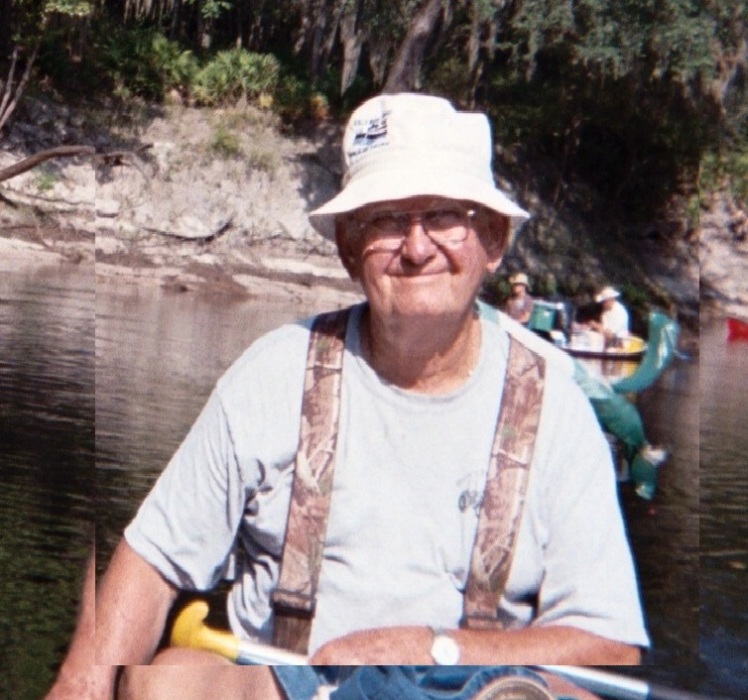 Miles~Nobles Funeral Home and Crematory announces the services for Ford J. DeHaven, Jr., age 88, who passed away Tuesday, September 13, 2016 peacefully at his home in the presence of his family.  Born the only son of Ford and Margaret DeHaven in Tampa, Florida on January 8, 1928 and lived in Winter Haven, Florida.  He graduated from Winter Haven High School, attended Florida Southern College and Saint Leo in San Antonio, Florida.  In his earlier years he worked as a butcher and was known as a very skillful hydroplane racer.

He enlisted in the United States Air Force and Served as a Staff Sargent and Tail Gunner with the 341st Bomb Squadron during the Korean War.  He received several accommodations and was honorably discharged on December 23, 1955.

He returned to Winter Haven and started a sign company in 1952 (which his sons and grandson continue today).  He designed and produced all the signs for Cypress Gardens and many other clients, all of which were skillfully hand lettered.

He spent many weekends hunting, fishing and canoeing with family and spent vacations at New Smyrna Beach.  Also he had several large cabin cruisers that he used for fishing and exploring from Tampa through the Florida Keys up to Stuart Florida and in the Bahamas.

After he retired in 1983 he designed and built a house and relocated to Alma, Georgia with his wife Laura Dailey, where he hunted, fished and farmed up to his last day.

He was preceded in death by his parents, Ford and Margaret McCabe DeHaven; one stepson, Andrew Avinger and one sister, Anna Laura Brown.

The family will receive friends at a reception following services honoring the life of Mr. Ford J. DeHaven, Jr.

In lieu of flowers the family requests donations be made to the Saint Rose of Lima Catholic Church building fund at 1520 City Circle Road, Baxley, GA 31513.

Miles~Nobles Funeral Home and Crematory is in charge of the arrangements for Ford J. DeHaven, Jr.

To order memorial trees or send flowers to the family in memory of Ford Dehaven Jr., please visit our flower store.
Send a Sympathy Card