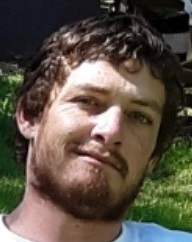 Nobles Funeral Home and Crematory announces the funeral services for Mr. James Eric Spell, age 28, who passed away in Midway on Wednesday, July 1, 2020 at his residence. He was born December 4, 1991 in Brunswick, GA to Fay Bennett and James (Jr.) Spell. He was preceded in death by two Grandmothers: Allie Mae Padgett of Alma, GA and Betty Spell of Brunswick and Grandfather James Ellis Spell of Brunswick.

Eric was a 2011 Highschool graduate of Appling County High School; afterwards, he jumped right into the real world to pursue his career in construction. During his off time, you would find him with family and friends, or fishing.

Nobles Funeral Home and Crematory is honored to serve the family of Mr. James Eric Spell.

To order memorial trees or send flowers to the family in memory of Eric Spell, please visit our flower store.