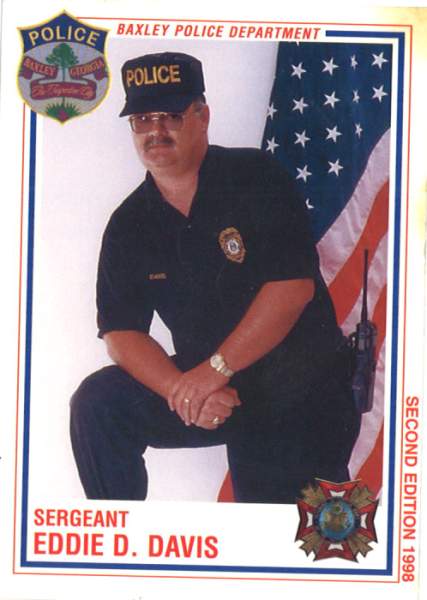 Nobles Funeral Home and Crematory announces the death of Mr. Eddie Dean Davis Sr., age 67, who passed away Tuesday, August 25, 2020 at his residence. Mr. Davis was a resident of Baxley for the past forty-two years and retired from the Baxley Police Department in 2009 after twenty plus years of service. Mr. Davis was a member of Harvest Temple Church of God.

He was preceded in death by his parents, Charles Eddie Davis and Earlean N. Hill; one sister Connie Sue Davis; one grandson, Benjamen Luke Davis; and one great granddaughter, Star Elizabeth Davis.

A funeral service will be held Friday, August 28, 2020 at the Nobles Funeral Home Chapel with the Reverend Earl Wiggins and the Reverend Billy Bratton officiating.

Interment will follow in the Big Creek Church Cemetery.

In lieu of flowers contributions may be made to autismspeaks.org.

To order memorial trees or send flowers to the family in memory of Eddie Dean Davis Sr., please visit our flower store.