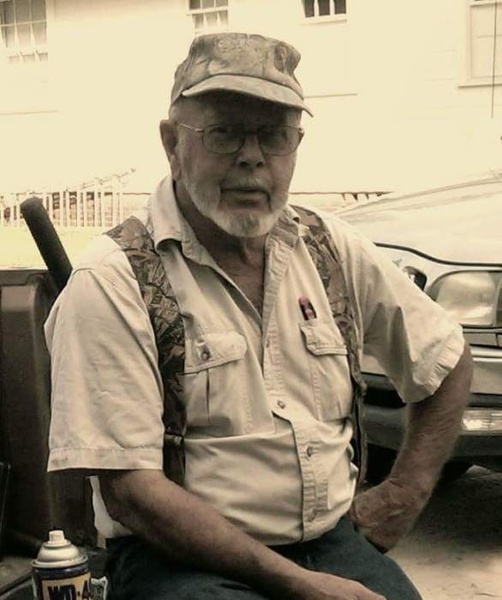 Miles~Nobles Funeral Home and Crematory announces the services for Dan Wylly Manning. Born in Hortense, Georgia on July 16, 1933 to Ward D. Manning and Agnes Pearson Manning, passed away early Thursday morning in his home under the care of Bridget Gibson and Georgia Hospice Care. Dan was preceded in death by his parents and his brothers, Roland Luther “R.L.” Manning, James Harrell Manning, and Albert Franklin Manning.

Dan is survived by many loving relatives, and is known by many names. His daughter, Dawn Manning Rowe (Steve Cooper), knows him as “Daddy.” His granddaughter, Meagan Noël Rowe Upole, and later her husband, Gregory Scott Upole, know him as “Danpa.” Many others know him as “Uncle Dan” including: Steve Manning, Jim Manning, Kelly Manning Wingate, Ronnie Swindell, Mark Manning, Joel Manning, Joanna Manning Willyard, Kasey Driggers Goode, and Jason Driggers. He was also “Papa Smurf,” Mr. Dan, and many other names to many other people. No matter what name you knew, you knew a man who was an avid fisherman, a hunter, a bird watcher, a father, a grandfather, an uncle, a storyteller, and a friend. He was a man who was larger than life, perhaps at least in part because of his love for tall tales.

In lieu of flowers, the family asks that you instead remember him fondly and share his stories. He loved nothing more than sitting around the fire with his friends and family, telling tales both tall and real. Spend some time outside in his favorite places, remembering him fondly and telling the jokes he loved to share (even the inappropriate ones). If you feel led to make a donation, the family asks that you please make it to The American Cancer Society in his name.

Miles~Nobles Funeral Home and Crematory will be serving the family of Dan Wylly Manning.

To order memorial trees or send flowers to the family in memory of Dan Wylly Manning, please visit our flower store.